As an outcome of the Move It Forward+ project, funded by the European Union Erasmus+ program, a toolkit for organising your very own Move It Forward (“MIF”) event–as well as CSR and mentoring activities to promote women (digital) entrepreneurs–is now available free, online for the public!

Move It Forward is an event footprint–sometimes called a “hackathon” or “tech-for-good” initiative–originally developed by the Digital Leadership Institute as part of its inQube “female digital accelerator” program.  By deploying MIF and other activities, inQube aims to support teen and adult women entrepreneurs by providing community, digital and business skills, and other resources they need to launch and grow successful digitally-enabled and digitally-driven enterprises.

Including Move It Forward+ project activities, the Move It Forward event has been organized twenty times in nine countries in Europe, the Middle East and Africa, reaching thousands of participants, since 2014.  In 2018, Cheryl Miller Van Dÿck, DLI founder, received a Global Mobile Award recognizing her work with inQube, and in 2019 the MIF initiative was selected as a European finalist for the UN ITU EQUALS in Tech Award.

Materials developed and made available within the MIF+ project are available for download on the Move It Forward+ website and below.

Please feel free to contact us for more information about and support with organising a Move It Forward event in your own city! 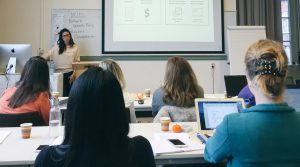 1. Guides: How to organise a Move it forward+ Event

We provide our Guides in 5 different languages, to support you with the organisation of your Move it forward+ event.

You can find additional and printable materials here:

You can find a variety of printable material here:

4. Guides: How to organise mentoring sessions

You will find here all the resources related to the organisation of mentoring sessions linked to your Move it foward+ event.

Our  Event Presentation will be available soon!

*Faced with male-female inequalities in the field of digital technology and entrepreneurship, Led By HER will organize a weekend Move It Forward – MIF – dedicated to these two issues in December 2021. This is a European-scale event supported by the Erasmus+ program and organized simultaneously in six different European countries. Women of all ages and backgrounds are invited. This unique event in France will have as its theme, female leadership in society and in business.

Gender equality, a reality or a myth? There is an in-between, but one thing is certain: we do not live in a world where women are totally equal to men, especially in the professional sphere. Led By HER has decided to focus all its energy on supporting women entrepreneurs. This is a major challenge insofar as only 2.6% of entrepreneurial projects in France are led by women compared to 88.3% by men and the rest by mixed teams[1]. Women have as many ideas as men, that’s not the problem, they just lack help and self-confidence. Female socialization encourages caution rather than risk taking. This sociologically verified fact gives a definite advantage to women over men with regard to business creation. Entrepreneurial projects led by women are more likely to pass the three-year mark than those of men. In parallel with this entrepreneurial challenge, women suffer from a lack of digital training. Once again their socialization and implicit societal norms can explain this phenomenon. While this digital and IT sector is growing and becoming essential, women are often sidelined for lack of training. The right to access to knowledge, education and training is the same for all, we note here an inequality of treatment and perception between men and women. Thus, digitalization and entrepreneurship are two crucial issues for the integration of women in the professional sphere.

Let’s fight together against this inequality on our scale. A European initiative supported by the Erasmus + program brought together Led by HER in France,  WIDE in Luxembourg, the Digital Leadership institute in Belgium, the Northtown Technology Park in Lithuania, the Centre of Technical Culture in Croatia and the Professional Foundation in Romania. These European associations work for women’s rights, professional integration and the digitization of marginalized populations. The latter have joined forces to offer a Move It Forward event in their respective countries. It was in 2014 in Belgium that the first took place and the success was such that the operation was repeated many times across Europe. In France, the “Move It Forward for Woman in Leadership – female digital starters” will be the first in Paris, a unique and unprecedented event.

It is indeed a weekend where the participants unite around digital projects carried by some of them. These projects aim to find concrete and digital solutions to promote female leadership in business and in society. Working groups are formed in order to best develop the projects selected at the beginning of the weekend. In addition to increased collaboration in benevolence and mutual listening, women have the chance to be followed by professionals. The coaches guide them in their entrepreneurial adventure, the mentors give them practical information and finally experts train them in digital technology. Thus, regardless of training or age, all women are invited to participate.

At the end of this weekend, prizes are awarded to the best projects. These rewards are tailor-made to allow women to continue their adventure following this weekend. In addition, professional support and work teams are strongly encouraged to continue their efforts in what they have undertaken during these two days. In previous editions, many projects continued to develop and flourished.

This weekend therefore includes a double opportunity for women, the acquisition of digital skills and the development of projects responding to the challenge of women’s leadership in society. This is an opportunity not to be missed!

[1] According to the Sista study of top recipients from the leading 9 investment funds in France.

*This article originally appeared in French on MIF+ partner Led By HER’s website, written by Gwladys Chanard with translated title “Digitalization, Entrepreneurship, let’s include women at the European Level!”

On 21 November in Brussels, Cheryl Miller Van Dyck, founding director of the Digital Leadership Institute International (DLII.org), was recognised by the Financial Times and Google as one of 100 digital champions of Europe.  Miller Van Dyck, who for ten years has led global efforts to increase participation of girls and women in technology sectors, was credited as being a leader and influencer in “promoting digital transformation in Europe.”  Miller Van Dyck and her 99 cohorts were selected from among over 4000 nominations by a jury of their peers representing industry and the public sector.  The digital champions report and event are part of an ongoing Financial Times series on “Europe’s Road to Growth.” 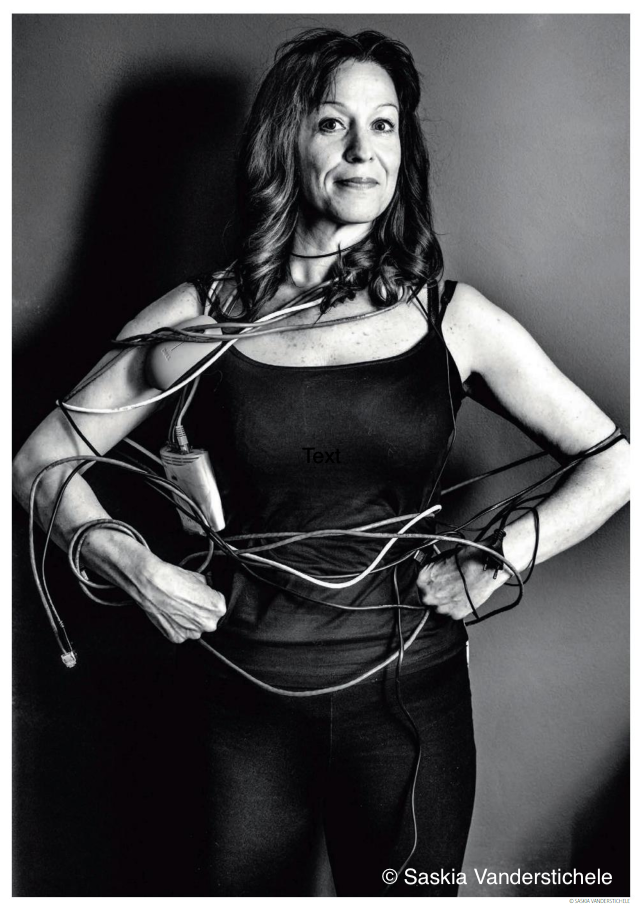 On 28 September in Brussels, Ms. Cheryl Miller, Founder and Director of the Brussels-based Digital Leadership Institute, joined the first meeting of the Governing Board of the European Commission’s Digital Skill and Jobs Coalition, to which Ms. Miller has been appointed for a two-year term.

According to the Commission, the aim of the Digital Skills and Jobs Coalition Governing Board is to “provide strategic leadership and give high-level advice to improve the functioning and the impact of the Coalition, as well as monitoring its overall progress.” The Governing Board also represents the views of the Coalition partners at European level, and acts as a link between pledgers, national Coalitions and social partners.

At its first meeting, Ms. Miller accepted to lead the Governing Board’s work on “digital skills for ICT experts,” one of four digital skills pillars treated as priorities by the Coalition. Ms. Miller and her colleagues will provide recommendations in these areas to the new European Commissioner for the Digital Single Market, Ms. Mariya Gabriel, in the context of the Digital Skills and Jobs Coalition Conference, taking place in Brussels on 7 December. 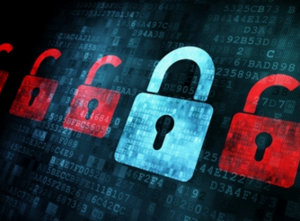 This will be a busy week! On Wednesday, we will have the last of the Cyberviolence workshops we have been running since September. It will be a very interesting and informative event. One of the speakers will be an expert from the European Schoolnet who will speak about the inSafe network, a Europe-wide program to empower children and young people to use the internet, as well as all forms of mobile technology, positively, safely and effectively.

Our second speaker is a cybersecurity expert who will explain how we can add a layer of security to our internet usage, to protect our online identity. He has been giving workshops to journalists and human rights activists on how to make their online correspondences more secure and hacker-resistant. (Register here: http://bit.ly/15inqube14) Expect to take a lot of notes!

For those curious about cloud computing technology, you are all welcome to our Bluemix Girls’ Night on Thursday. There will be an interesting panel of women entrepreneurs and cloud computing experts who will talk about how (would-be) entrepreneurs could use this new technology in setting up a sustainable business with the same scalability as big tech companies. Register here!

Have a great week ahead!

Have you ever had a great idea for an app? Did you ever wonder how you could sell things online, or start a business with an awesome scalable digital presence? Are you curious about cloud computing technology, and would like to meet other like-minded ladies, or maybe you would just like to have an interesting evening that might spark some inspiration and unleash some wacky and original ideas in you?

Come and find out! IBM’s Bluemix Cloud Platform, together with the Digital Leadership Institute, is hosting a Bluemix Girls’ Night on November 19. We will be hearing women tech entrepreneurs talk about their start-up experiences, and how a cloud computing platform can help all entrepreneurs have the same scalability opportunities of big tech companies.

There will be a demo of apps built by young women developers for Oxfam, and everybody will have the opportunity to ask questions, find out how cloud computing works and why women entrepreneurs (and would-be entrepreneurs) should make use of this technology.

Looking forward to seeing all of you there!

The Ministry of Equal Opportunity of the Brussels Capital Region has selected DLI to lead a seminal campaign engaging Brussels adult and teenage women in addressing cyberviolence in their communities.

Furthering equal opportunities off- and online

In Fall 2015, DLI will carry out several inQube – female digital accelerator workshops to build awareness about the growing problem of online violence, bullying and hate speech, and provide girls and women with skills and resources for tackling this problem.

Selma Franssen, DLI Communications Director and inQube Community Manager: “I’m incredibly proud that the Brussels Capital Region acknowledges DLI’s work to get more women into the ESTEAM* sector by granting us these funds. The way women are systematically excluded or bullied online (see gamer gate as a notable example), forms a huge barrier to creating an interest in the tech or digital sector among women. This is a problem we want to address.”

Six workshops will be held at DLI headquarters in Brussels from September through November 2015, culminating in the 28-29 November global launch of a Move It Forward digital starter event for women focusing on Cyberviolence.

Participants get to learn from experts in the field of digital safety, psychology and online communities, as well as discuss the topic of online safety with representatives of tech companies and get hands on to lay the foundations for their own safe online community. They’ll also learn to tinker with digital means and build our own solutions.

Selma Franssen: ”We’re currently working on an exciting programme that will encourage knowledge sharing between experts and participants. Anyone who is active on social media will have some experience of unsafe situations and I’m looking forward to seeing the solutions we can come up with collectively.”

We look forward to welcoming you to help “Move It Forward” with DLI!

To partner with or sponsor the Move it Forward Cyberviolence campaign and digital starter event, please contact us!

The 2015 Move It Forward project on Cyberviolence is supported by the Ministry of Equal Opportunity for the Brussels Capital Region.